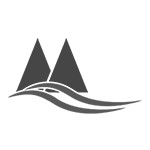 
The area of Cucamonga Valley Water District, like most of Western San Bernardino County, has rapidly urbanized. The area’s history, however, has not always indicated this direction. The peak agricultural production capability of the 1940's actually began nearly one hundred years earlier. Good climate, excellent soils and the abundant water supply prompted the early pioneers to develop a long successful agricultural era. The prosperity resulting from a thriving agricultural base attracted growth to the communities. The decline in the area's agricultural economy was replaced by a mixture of residential, commercial, industrial and logistical development.

Beginning in the late 1940's and continuing for about twenty years, most of Southern California experienced an extensive dry cycle. During this period rainfall was one-half of the prior averages. Prior to this dry period most of the water used within the Cucamonga area originated from collection systems constructed in the mountain canyons and from wells in the Cucamonga Basin. A small amount of water was produced from the Chino Basin to the south.

All water production was developed through the efforts of about twenty-five privately owned mutual water companies and a few individually owned wells. The continuing dry cycle was an extremely difficult period for most of the water companies. Pumps were lowered at regular intervals, some wells were abandoned, and new deeper wells were drilled. Many companies reduced the amount of water delivered to shareholders. Additional production from the Chino Basin began as a result of the lowered water table in the Cucamonga Basin.


Creation of the District 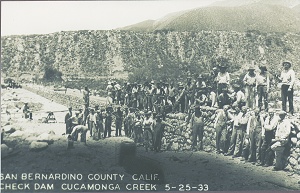 At the time drought conditions were plaguing the various water companies, a complaint was filed in the Superior Court by San Antonio Water Company (in Upland) to determine the water rights of all Cucamonga Basin users. This action solidified the local interests into a common defense, and resulted in annexations to Metropolitan Water District of Southern California (MWD) and to Chino Basin Municipal Water District (CBMWD), later renamed the Inland Empire Utilities Agency (IEUA), as well as the creation of Cucamonga County Water District (CCWD) in 1955.

During the drought cycle from 1940-1960 the Cucamonga Water Company (CWC), a mutual water company, was not able to provide adequate service to either its agricultural or residential customers. Several wells were unable to produce water because of the extreme low water levels in the groundwater basin. Additionally, the CWD was unable to fund the purchase of necessary equipment to pump water from lower elevations.

As a result of these conditions, stockholders in the Cucamonga Water Company and the Cucamonga Basin Protective Association recognized the need to create a public agency that could raise sufficient funds to provide an adequate supply of water for the growing area. The Cucamonga County Water District was organized in March of 1955 under the provisions of Division 12 of the State Water Code, following an election within boundaries established by the San Bernardino Board of Supervisors.

The District was organized in March 1955 as a public corporation under the provisions of Division 12 of the State Water Code, within boundaries established by the San Bernardino Board of Supervisors. CVWD is a special district, which is an independent unit of local government serving the needs of the community. Special districts are the most efficient forms of government since the cost of the services provided to the customers directly equals the revenue generated from the charges for services provided.

The following year, at the Board of Directors meeting of August 25, 1956, Norman Hixson was appointed as the district's first general manager, a position he held until 1972. At that time, the district occupied an area approximately 22,000 acres generally bounded on the west by the City of Upland, on the south by the City of Ontario, on the east by Etiwanda Avenue and on the north by the foothills of the San Gabriel Mountains. The service area included the unincorporated communities of Cucamonga, Alta Loma, and a part of Etiwanda.